Gamers all over the world use the free chat application Discord. Millions of players have been able to connect on the platform since its launch in 2015.

Through markdown, there are all sorts of formatting options such as bolding, italicizing, underlining, and more built right into the app. By adding these features, Discord remains a place where users can express themselves.

Among the features users look for in Discord is the ability to quote others. This feature is available in Slack, a work-oriented alternative to Discord. A long time ago, Discord users had no choice but to use discord quote code blocks or sophisticated chatbots to mention other users.

You may also love to read: Insignia TV Remote Not Working?

Thanks to recent changes, this has changed! As of 2022, quoting is now an in-built feature of Discord, and we’re happy to update this article accordingly. Let’s take a look.

How To Quote In Discord 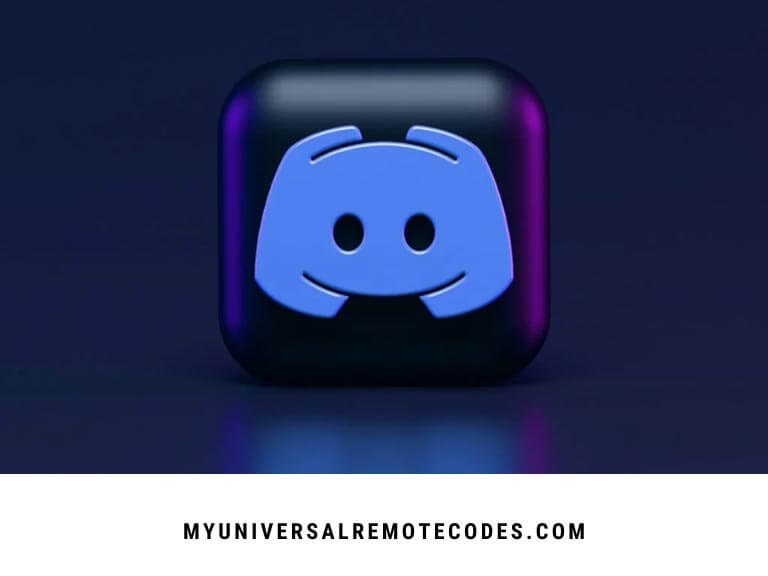 Discord users can be quoted using the same method across all platforms (iOS, Android, and desktop).

The quote-sending techniques for mobile-Discord are essentially the same as for desktop-Discord. Quotes on desktop work a little differently (in fact, they’re easier), but otherwise, the process remains the same. 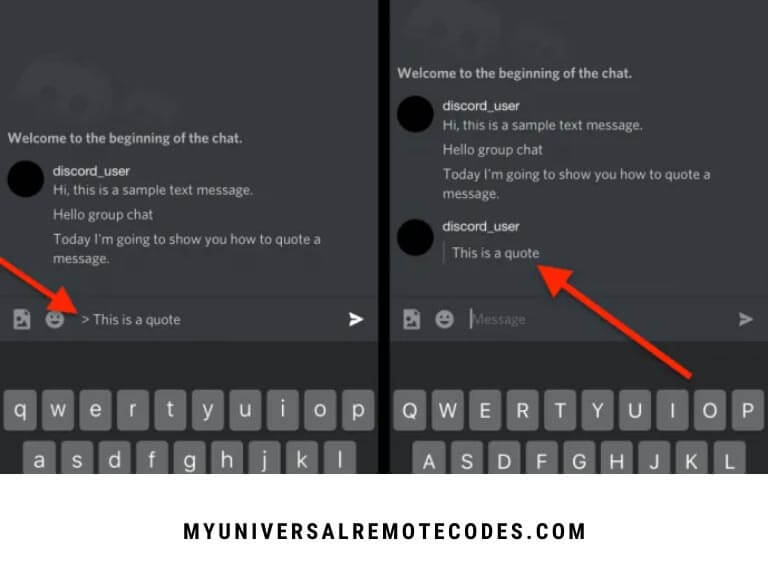 Discord allows you to quote only one line of text. If the quote takes up more than one line, you should use single-line quoting. Line breaks are not present; your fingers never hit the Return key.

Enter a single-line quote by typing “>”, followed by a space, followed by your quote. Here is how it should appear: 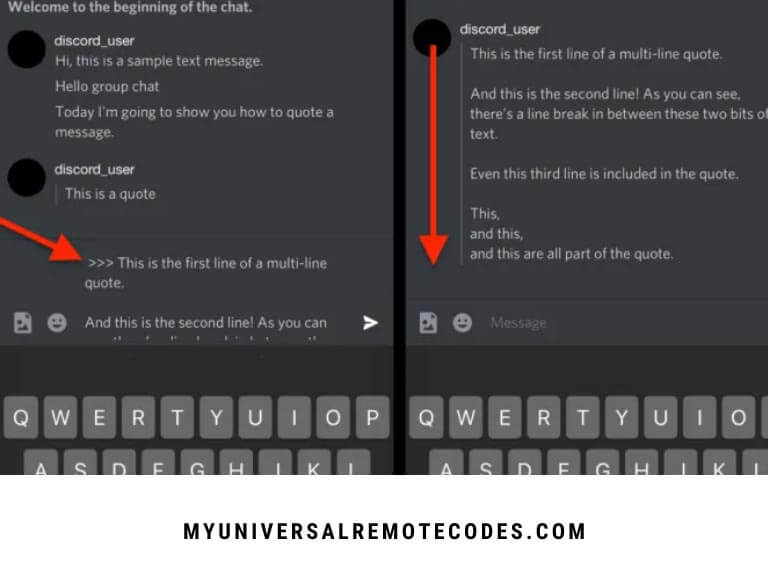 In multiline quoting, you can put line breaks in between sentences, such as in a series of sentences. The easiest way to do this would be to type “>” before every new paragraph that you want to quote. However, this could quickly get tiresome.

You can workaround the issue by typing “>>>” before your message to make everything you type in it a part of your quote. If you want to leave that quote, you must send it again and start a new one, or backspacing the “>>.” When using the app, it looks like this:

Are you aware that multiline quoting on a desktop differs slightly from a laptop? Both “>” and “>>>” quote multiple lines by default. To return to normal text, press Backspace then Return to make it a single-line quote.

You may also love to read: How to Change Input on LG TV Without Remote

You can achieve a similar effect using the code block feature in Discord, which lacks a dedicated quote system.

In normal circumstances, this is used to highlight code, but since it’s so simple to do, you could just as easily use it as a quote function. If you wish to quote a phrase, place it within two backtick “*” symbols. 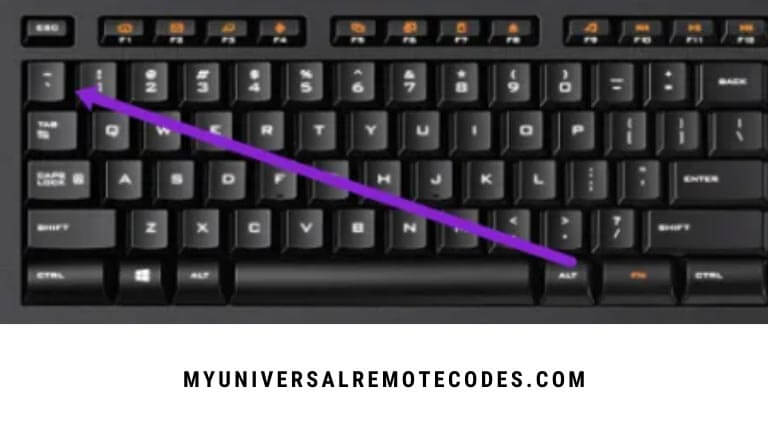 In this example, type out the words without adding spaces between the text and backtick.

As a result, a code block will be created with the phrase. The format of this document is remarkably similar to a quote, though it’s not exactly ideal. For texts that cover multiple levels, multi-lined ones are also an option.

However, while there is no traditional quoting method, some Discord admins have installed bots that enable quotes and other features. This bot would need to be added to every channel for those who want to quote others.

You may also love to read: How To Connect Non Smart TV To WiFi

Text communication is more effective when certain words are stylized. Let me provide you with more information:

What is the best way to address someone directly in a group chat?

You may need to send a message to one person rather than an entire group when communicating on a Discord channel. By tapping on a user’s username, you are able to private message them. But if you wish to contact that person within the channel, that can also be done. To do so, just type the @ symbol before the username. Afterwards, the contact’s name will appear in a list, and you can either select it from there or type it. Messages sent to a group will be highlighted in their name, indicating that they are specific to them.

Why don’t the quotation marks work?

We often see users frustrated by single quotation marks when they try to manipulate text. Markdown doesn’t seem to work for them. Often times, in Discord’s markdown, you will need to use the backtick symbol, which is a symbol that looks like a single quotation mark, but is actually different. The 1 key will be on the left of it on your keyboard. The tilde key also accompanies it, which is extremely helpful for markdowns when using Discord.

Also Read  LG TV Remote Not Working? - Here Is How To Fix It

Would bots be able to assist with quotations?

Yes, without a doubt. You can add several bots to your Discord server to allow quotations, some of which are available online. If you are the owner or have administrative rights, you can add a bot to make this easier. Two bots you can add to your server are the Quotinator Bot and the Quotes Bot. The quote discord bot you already have might also allow this function because they are specifically designed for it.

The Discord platform can be customized in a number of ways. A variety of themes are available, and font sizes and text zoom can be changed.

Those who want extra customization for Discord can download BetterDiscord – a modified version of the platform that allows users to download custom themes in addition to customizing other features.

Because Discord is open-source, anyone can go into it and create their own version.

Users of Discord are only limited by their imaginations, which is fantastic. Anyone with coding skills and the ability to manipulate the existing language will be able to manipulate the platform however they want. As a bonus, most creators tend to publish their work online, free for everyone to download.